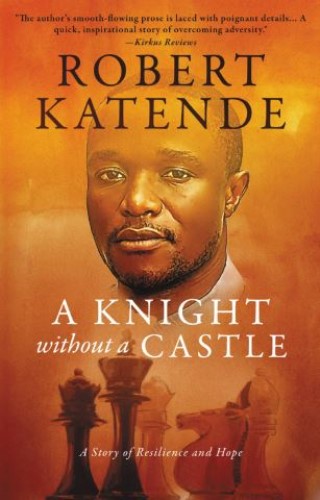 A Knight Without a Castle

A Story of Resilience and Hope

Hailed as the most influential man in Uganda by New Vision National Newspaper, Uganda

Named the African Leader to the Obama Foundation

The author’s work was originally made famous through Simon & Schuster’s The Queen of Katwe in 2015, which was later made into a full-length Disney movie in 2016. Robert’s work is currently supported by the Bill & Medinda Gates Foundation, Paul Allen’s Vulcan Ventures and the Obama Foundation.

Promotional consideration for the book launch will be coming from a variety of sources including Northwest University (where Phiona is going to college) and tweets from The Obama Foundation’s account with millions of followers.

The @ObamaFoundation is connecting people from around the world so they can form partnerships just like this. I am inspired by Robert and Vanessa and what’s possible when leaders come together to have an even greater impact on the world-Twitter link: https://twitter.com/BarackObama/status/1088863791058698240